Officer in the Order of Oranje Nassau

It is with deep regret that we announce the passing of Bert Barenbrug, third-generation owner of Barenbrug, former Chairman of the Board of Directors and former Supervisory Board member. We will all remember him as a dedicated, hardworking, and friendly colleague.

Bert Barenbrug was born in 1944 (during World War II) in Arnhem, as the fourth child of the Barenbrug family. In those days, grass seed was often ‘harvested’ by sweeping lofts of haybarns. Bert’s grandfather Joseph had started the Barenbrug seed company in 1904 and his father Joop was working to build it further.

After starting his career in the business, Bert’s first major assignment was to start Barenbrug Germany in 1968. Just before moving to Germany, he married the love of his live, Dorothé. This was a period of happiness and hard work, and their two sons, Bastiaan and Frank, were both born during this time. In 1976, Joop Barenbrug asked Bert to come back to the Netherlands to help manage the growing company. Later, Bert succeeded his father Joop as Chairman of the Board of Directors.

Bert believed that Barenbrug needed to expand internationally, especially outside Europe. Growth was one reason for this, but the real driving force was the potential to spread risk geographically. This international vision became a reality. Barenbrug started, bought and partnered with many companies, gaining presence in the US, UK, Poland, New Zealand, Australia, Argentina and even China and becoming a leading global grass seed company.

In addition to commercial companies, Bert also made significant long-term investments into research and development, which yielded today’s strong portfolio of many international varieties. It was also in his time that the, now-iconic, yellow was chosen as Barenbrug’s brand colour. Today, our yellow bags still represent the Barenbrug family’s quality and dedication to grass seed.

After 25 years at the helm of the company, Bert retired as Chairman of the Board in 2002, taking the position of non-executive Supervisory Board member. In this role, Bert spent lots of time in industry organisations such as NAK and Plantum, but also the Dutch employers’ organisation VNO-NCW. In 2004, Barenbrug celebrated its centennial, receiving royal designation. Bert was awarded royal honours as ‘Officer in the Order of Oranje Nassau’ by Her Majesty, Queen Beatrix.

Bert’s two sons, Bastiaan and Frank Barenbrug, also chose to start their careers in the business. Following his example, they took assignments in foreign countries to learn about the industry. In 2007, both Bastiaan and Frank joined the Board of Directors of the Royal Barenbrug Group and Bert decided to step down as Supervisory Board member, in full confidence that his sons were more than capable of running the company in its fourth generation.

After full retirement, Bert spent more time on his lifelong hobbies, including hunting, golf, and boating. He also took up sculpting and enjoyed travelling the world with his wife Dorothé, as well as spending time with his four granddaughters – the ‘fifth generation’ of Barenbrug.

Colleagues around the world will remember Bert as a dedicated, down-to-earth, hard-working and warm person that built the foundation for the international success of this family company. Bert made every employee feel part of that family. 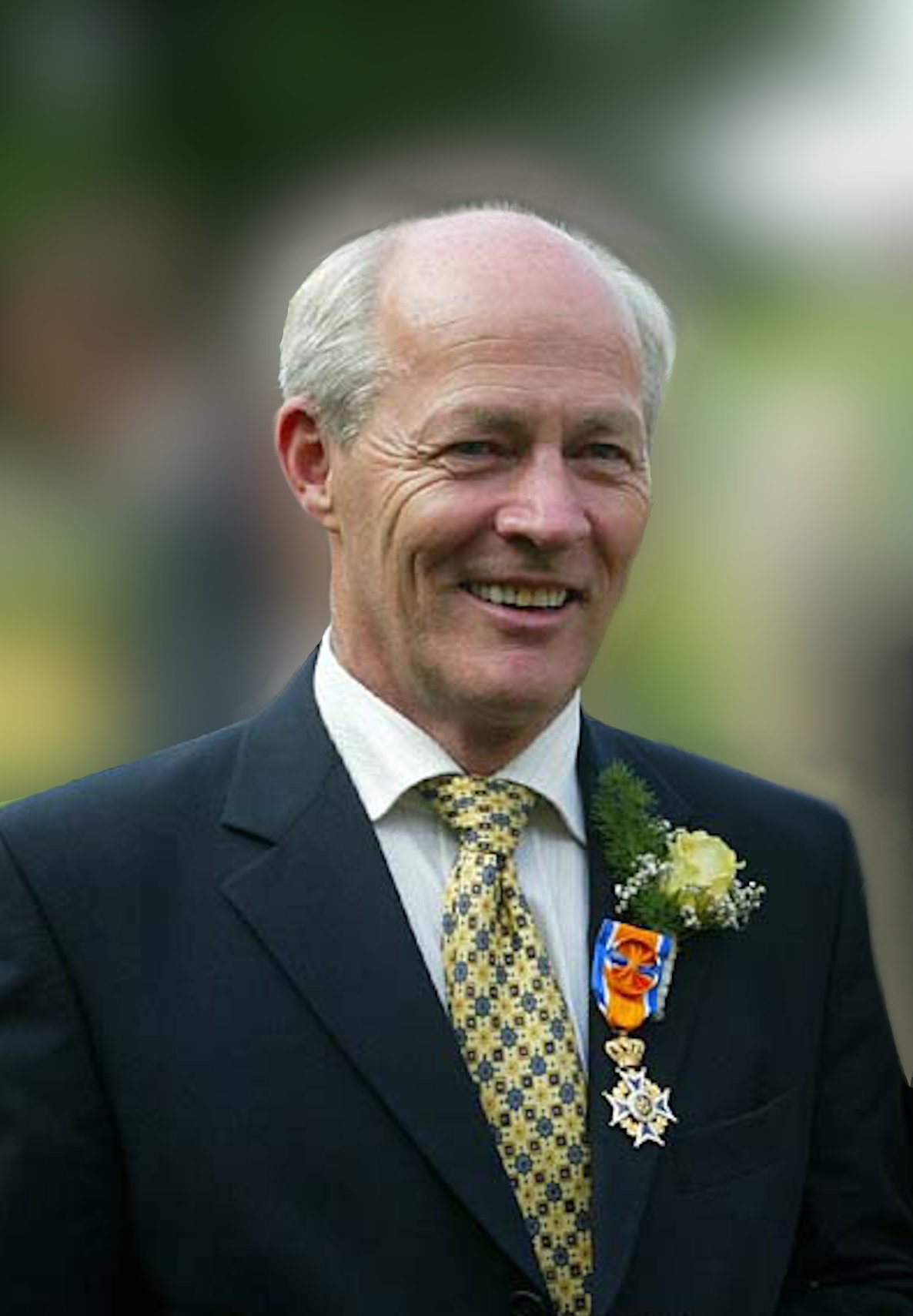